Below is what Wikipedia has to say about Santa Rosa de Lima but if you read this and then look at the first photo,with the sign, you’ll notice a discrepancy in the dates. Personally I trust the sign more, Wikipedia is a good general source but…

Santa Rosa de Lima was an early 18th-century Spanish settlement in the Rio Chama valley, near the present-day town of Abiquiu in Rio Arriba County, New Mexico. By the 1730s Spanish settlers were moving into the Chama River valley, and by 1744 at least 20 families were living in the present-day Abiquiú area, where they founded the Plaza de Santa Rosa de Lima. The church was built around 1744, and was in use until the 1930s. Repeated raids by Utes and Comanches caused the settlement to be abandoned in 1747. In 1750, the Spanish founded a new settlement at the present site of Abiquiú, about a mile from Santa Rosa de Lima.

Today the site of Santa Rosa de Lima is a ghost town, with substantial adobe ruins of the church, and mounds where the settlers’ adobe houses stood. The site is private property, belonging to the Archdiocese of Santa Fe. 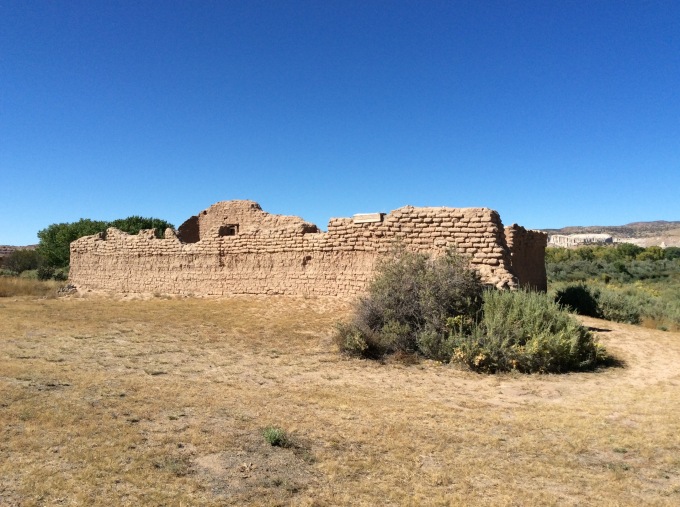 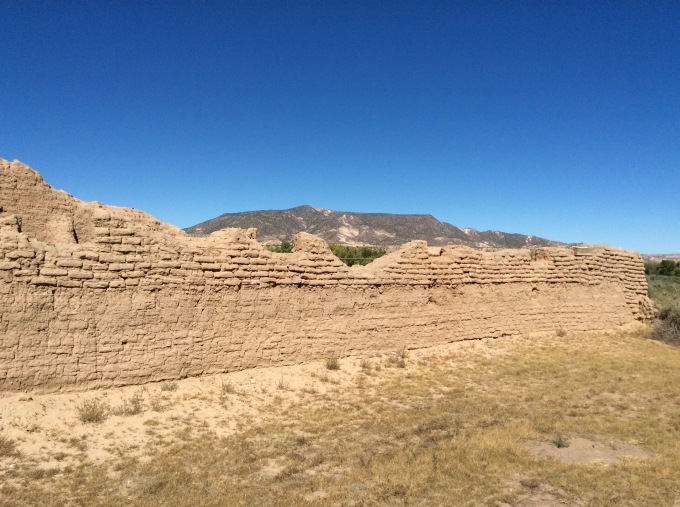 Till next time…Happy Trails

Smile! You’re at the best WordPress.com site ever

Contexts of and Relations between Early Writing Systems

Exploring the origins and history of food&drink around the world.

Preserving the past while we build the future

My Niche in Time

Romancing the planet; a love affair with travel.

A map of one hominid's journey through Deep Time

The latest news on WordPress.com and the WordPress community.

A blog about a nird who loves birds, nature, hiking, and exploring - and who happens to hail from PDX.

my path to living an intentional life

A Library of Literary Interestingness

Travels with the Blonde Coyote

Follow the Blonde Coyote and see more of the world!